As 2015 gradually draws to a close, film enthusiasts will be looking forward with relish to some of the big screen releases that will be playing at cinemas across the country next year.

When you’ve hired a man and van in Hertfordshire to lighten your load, what better way to relax than to enjoy a blockbuster release at your local cinema? So, to whet your appetite, here’s our rundown of the most hotly anticipated movies of 2016:

You’ve seen them on your children’s bedspreads, t-shirts and lunch boxes, so it was inevitable that you’ll end up being dragged to your local cinema to see the world’s angriest birds in animated action, possibly becoming the monster hit of the summer holiday for kids.

A surprising two decades after the release of its predecessor, Independence Day 2 arrives as one of the most hotly awaited sequels of all time. Will Smith won’t be present to see off those pesky alien invaders, but Jeff Goldblum and Bill Pullman resume their roles where they left off in 1996.

The world’s most iconic superheroes feature alongside each other for the first time, but with Ben Affleck taking over the role of the Caped Crusader and new incarnations of Lex Luthor, Wonder Woman and Aquaman also featuring, it’s anyone’s guess how much of a role Superman will actually have to play.

2016 marks the 50th anniversary for the cult sci-fi brand and, with the passing of Leonard Nimoy fresh in the mind of Trekkies, there’s likely to be a high degree of interest in the latest big screen outing for the crew of the universe’s most iconic starship. 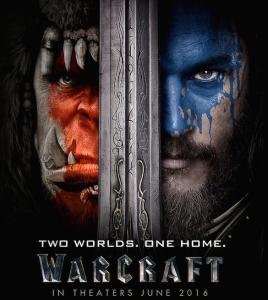 Likely to be the best film to date to be derived from a videogame, Warcraft has taken its time to reach the big screen. With a phenomenal production budget that leaves no expense spared, odds are on that this will be a spectacular treat for gaming fanatics and one of the most popular movies of the year.

Matt Damon returns with director Paul Greengrass in another adrenalin-infused spy thriller and, while the plot line is yet to be revealed, an action-packed spectacle is assured.

The ninth, and possibly the last, in the enduringly popular X-Men series, Apocalypse sees the return of the key protagonists as well as the introduction of a number of additional characters, strongly suggesting that a spin-off series is on the cards. Diehard fans will be delighted.

Likely to be one of the year’s more appealing comedies, Central Intelligence has, as its name suggests, an espionage-themed plot that couldn’t be more different to Jason Bourne. Dwayne Johnson and Kevin Hart are the hapless duo who, after connecting with each other once again on Facebook, end up sucked into the dangerous world of the CIA. 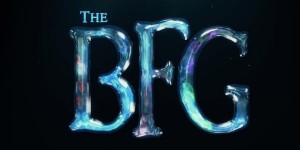 Steven Spielberg has lived in the realms of serious plotlines for so long now that his traditional family movies have almost become a relic of the past. 2016, however, will see the arrival of the Roald Dahl classic, The BFG, scripted by ET’s Melissa Mathison and featuring British thesp Mark Rylance in the title role.

The second big screen adaptation of the classic children’s novel to hit cinemas in 2016, Tarzan is another family favourite that could go head-to-head with The BFG. Margot Robbie is Jane to Alexander Skarsgard’s jungle recluse.

Trackback from your site.

Get an Instant Quote

Searched for "A Man with a Van Hertfordshire", then you've come to the right place.

Get an Instant Quote